Happy new year everybody!!! last year was a bit slow, other priorities in my life made illustrating a bit difficult but I have a hunch this year will be different and my focus will return to me drawing more. Anyways, I left Kenya at the end of June but before leaving I finished a couple of zines (little comic books) about life in Kenya which some of you have already seen. I wanted to make a little bit of money before departing so I started selling them with people I knew. Everybody liked them, specially other volunteers who felt  the same way. At my goodbye party, John (a fellow volunteer) and I were talking about how cool it would be to sell lots of comics and give to proceeds to organizations in need. At the end of the night we both though it was a great idea, I did a few modifications to the zines and left the project in the hands of John. 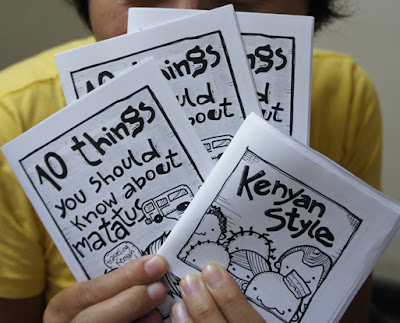 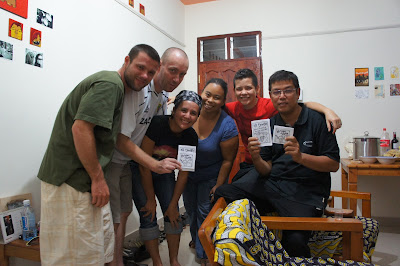 So the comics are now being sold mostly in Mombasa and Nairobi. So far $1,000 has been raised, $250 were given to Hope Orphan Pre-School in Mishomoroni, Mombasa and $500 to Tujiendeleze Youth Trust Fund whom were able to do a lot of important repairs to the building and Tujiendeleze have just selected 4 more students in Nairobi and 5 in Mombasa, to which this money has contributed.

This were great news to hear and a great start for 2012.

Thanks John and all the other volunteers for this!!!
Posted by Unknown at 4:18 AM