In April I was invited to draw in the Issue 5 of a french magazine called Querelle, being the subject "Quand je n'écris pas en Times New Roman, on m'entendrait presque parler", which means in english : When I am not using Times New Roman, you could almost hear me speaking. 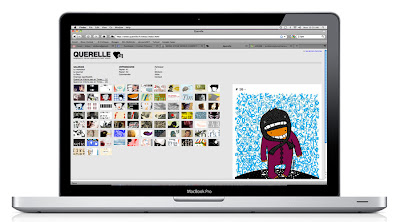 The issue is now out in web form and will be followed by a printed version later in the year. Meanwhile check out my illustration for their issue. 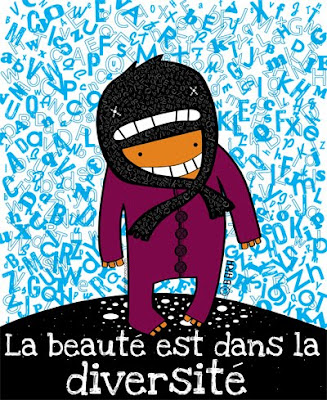 "Beauty comes with diversity" being my interpretation of the theme and in case you don't get it is this guy that's using a fur hat made from a Times New Roman kind of dude... kind of creepy in a way right? =)
Posted by Unknown at 8:20 PM