Have you ever had one of those days when you just don't feel like going to work but you are out already so you decided to just walk around the city and enjoy the day? well that has only happened to me once, I went out with my partner early in the morning to do some errands before work and then just decided it was just such a nice day to be spoiled being at work so we called our respective offices and told them we were not going to make it to work... It was an awesome day, we just walked around and ended up in Central Park where we stopped for a bit to listen to a jazz band. I just felt the urge to draw them given that they were kind of funny, so here is the final drawings. 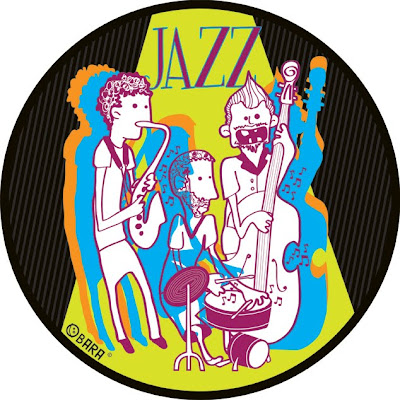 I submitted it to Colectiva Magazine for their "Grandes Exitos" issue which never came out and just forgot about it until I saw the Guy playing the Cello at a friend's party so I guess it's time to make it public!
Posted by Unknown at 2:07 PM