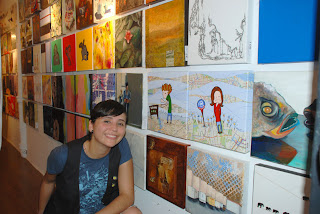 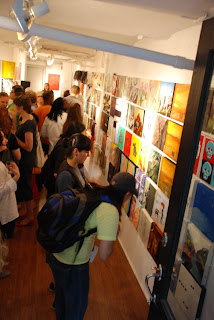 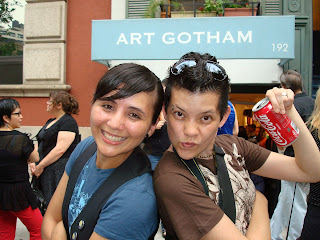 Finally some pictures from my group show in Soho, New York at Art Gotham Gallery for the Square foot Show... my good friend China was also part of the show exhibiting two of her Haiti Pictures. 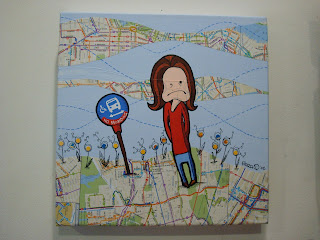 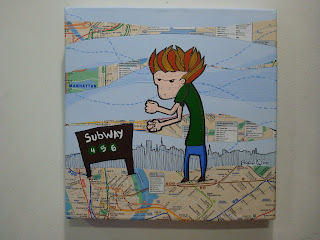 These are pieces from my "Public Transportation" collection. I truly believe the public transportation create certain complexes, specially in New York and these are some examples. Mixed media using subway and bus map used as background, acrylics and metro cards, 12"x12" canvas, $200.00 each. First pic named Waiting and second named The pole grabber. 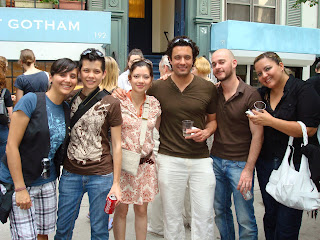 Thanks to everybody who could make it to the opening and for the ones who missed it, my paintings are going to the next square foot show in Toronto, Canada... bigger show, more people... Let's see how it goes!
Posted by Unknown at 8:20 PM